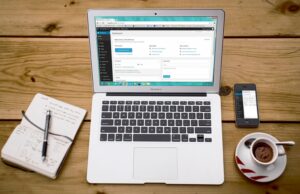 The Role of Software in Innovation Today

The world is experiencing a rapid increase in the rate of innovation, and software is the top category in which this innovation is occurring. In 2020, for example, the U.S. Patent and Trademark Office issued approximately three times more software patents than mechanical patents. Software patents, therefore, were issued at about 300% the rate of mechanical patents. This shows the importance of software to modern innovation today.

Securing Your Knowledge with Software Patents

As a programmer/developer and inventor, software patents are your tool for securing rights to your innovative know-how and creations. As a 25-year software developer himself, attorney Mark Terry understands the time and energy that goes into creating new software. Countless hours are spent designing, writing source code, compiling, testing, debugging and deploying software. If the final result is a novel and useful computer program, then you are entitled to ownership rights over that software.

Software Patents Are About the Process

Your software is highly valuable to you and/or your company, and therefore it is important to seek advice from an intellectual property who has experience with software, and who knows the difference between an array and floating point format. Contact patent attorney Mark Terry (http://plusfirm.com/staff-member/mark-terry-esquire/ for a free consultation regarding your source code.